The political scene in Yemen ever and again offers a political coup. Only a few days before the announced commencement of the ceasefire and the start of negotiations of the Yemeni conflict parties in Kuwait on April 18th President Hadi dismissed Khaled Bahah, his deputy and at the same time minister president, and replaced him by Ali Mohsen alAhmar (vice president) and Ahmed Obeid Bin Daghr (minister president). Khaled Bahah had been humiliated by abuses heaped on him but was nevertheless appointed “Counsellor of the President”. Bahah had initially stomached the dismissal stating  “he would serve Yemen in another way“, but one day later pointed out that the dismissal lacked legitimacy and undermined efforts towards concluding an internal Yemeni peace agreement and, furthermore, offered a justification for the coup d´état on the part of the Houthis.

As regards actual proceedings speculations vary considerably: For external observers it is hardly comprehensible that

Hadi himself has at the most spent two months of the past 12 months of war in Yemen, Ali Mohsen alAhmar and Ahmed Bin Daghr appointed by him as representatives have been in exile in Ryadh for more than a year and are not wanted back home.

Yemeni observers speculate above all in respect of the shift in power relations and the ensuing consequences for the individual parties. Even in the analyses of journalists priority is very rarely given to the interests of the population. What would Hadi’s “diplomatic stroke“ bring about, in particular since it is not obvious whether he acted on his own free will or fulfilled an order received from Saudi Arabia? After a month of direct negotiations between Houthis and Saudis, from which he is excluded, he must have realised that his days as president are numbered and that he can only set the course for the time afterwards.

In his first appeal to the Yemeni population Ali Mohsen alAhmar therefore statesmanlike addressed the common issues: “There is so much to do for us, to save our homeland, to come to terms with the past and create a transition to the future, to protect and maintain the rights of all Yemenites”. And then continued referring to a “Victory over the rebels”. Since Ali Mohsen had to flee head over heels when the Houthis entered Sana’a, acts of revenge are no doubt to be expected.

Both Ali Mohsen alAhmar and Ahmed Obeid bin Daghr are considered “Traitors” since they repeatedly changed their apparent loyalties. However, such treason is considered somewhat normal in a system of expediency of alliances.

The empowerment of Ali Mohsen al Ahmar indicates, in a first step, a return to the authoritarian power relations before the revolution and before the National Dialogue and its democratic structures and meets Saudi Arabia’s vision to tolerate only authoritarian systems. During the past months Ali Mohsen had been the closest adviser of the Saudi army in attacks on Yemen – above all of the ground troops. Despite very little military success he gained the confidence of the Saudis during this engagement. However, being a Muslim Brother, he is strongly disliked by the Emiratis now governing the Aden area. His appointment aggravates the competition battle between Saudis and Emiratis in Yemen, the more so since Khaled Bahah had been promoted by the Emiratis to become Hadi’s successor.

It is, furthermore, evidence of a re-evaluation of the army as traditional governing power, while the armed forces had become numerous fragmented militias in the course of the past year. Ali Mohsens meets with overwhelming rejection in the political scene in Yemen. He is supported only by the Islah-Party, profiting from an upgrade with the appointment of the conservative hardliner of the Muslim Brotherhood after a substantial loss of importance since 2011. He is also favoured by Yemenis who are grateful that he contributed to Ali Abdulah Saleh’s fall by – speculatively – supporting the revolution. He might also be backed by  alQaida having been the „hatchet man“ during Saleh’s ruling and maintaining excellent contacts to the former alQaida. The population considers him as not trustworthy, primarily in the South where he accumulated a wealth of latifundia and real estate after the 1994 civil war. In the South the separatists regain strength after Al Mohsen’s  promotion.

A definite opponent of Ali Mohsen alAhmar is above all Saleh himself who feels betrayed since 2011 and has declared him as well as Hadi as traitors of the country. In the light of decades long relations between the two protagonists who jointly suppressed the Yemenis and plundered the country, some observers expect that Saleh and alAhmar might well come to a new arrangement.

But alAhmar is also opposed by the Houthis against whom he led bloody but unsuccessful battles in the six civil wars from 2004-10 as Saleh’s commander. The Houthis regard alAhmar’s appointment above all as an unjustified evaluation of the Islah-Party, against which they massively fight – in particular in Taizz.

Albeit, the Houthis visibly refrained from commenting this shake-up corresponding to a coup. They dispose in Khaled Bahah of a conciliatory compromise candidate for heading a unity government. It would appear that direct negotiations with the Saudis have priority for them and they keep calm.

Ahmed Obeid bin Daghr’s appointment is most notably a blow against  Saleh who immediately reacted by expelling  bin Daghr and Hadi from Moutamar, his Congress Party. Ahmed bin Daghr had been one of the closest  proxies of Ali Abdullah Saleh and had enormously profited from this connexion. He and other top politicians of Moutamar had been „turned around“ under the guidance of Hadi some months ago in Ryadh and coined  to represent a „Counter Moutamar”. Saleh has every reason to fear that bin Daghr will represent Moutamar at the negotiations in Kuwait and at the subsequent formation of the government and he would be ousted.

The abruptly organised shake-up of the government results in various shockwaves and in a new composition of the different positions for the negotiations in Kuwait. This affects Ali Abdullah Saleh most and serves Islah –  but might change very quickly indeed. It will not bring about an alleviation of the war burdens for the Yemeni population in a foreseeable future.

The negotiations between Saudi Arabia and the Houthis appear to be stumbling along because of the recurrent interruptions of the ceasefire:  the Saudis bombard the provinces of Saada and Taizz, the Houthis have, once again, fired a rocket to Saudi Arabia. At least an exchange of prisoners took place twice and the discussions are continued – both parties are under pressure to finish the military war. The Houthis refrained from commenting Hadi’s shake-up but only announced that their delegation in Kuwait will be chaired by Ali Ahmed al Dhafif. Adel alJubeir, the Saudi Minister of Foreign Affairs communicated that the Saudi-Houthi negotiations proceed successfully  –  as did Crown prince Mohamed bin Salman the week before. Al Jubeir confirmed furthermore that no representative Saleh’s is involved in the negotiations.

“Hadi’s Government”  in the meantime dispatched Abdullah al Alimi, the director of the  presidential office with a delegation to Kuwait. 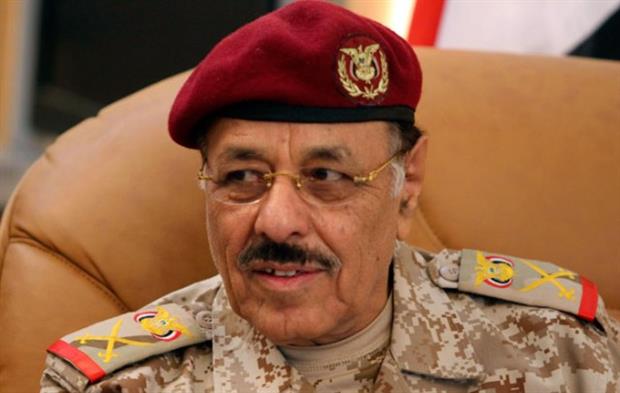